We are a community of enthusiasts passionate about the social dance culture of the swing era of jazz, in particular the Lindy Hop in the beautiful city of Nijmegen (NL). We organize dance classes, workshops and social dances with live music. Our organization was founded in 2014 and completely consists of volunteers, based upon the tenet that Lindy Hop is a very social and enjoyable dance, where we enjoy one other’s company and have a good time dancing with everybody, no matter their skills.

We operate completely on voluntary basis, as we firmly believe that, being a streetdance, Lindy Hop is best passed on based purely the on love and respect for its history and its legacy. It is because of this that pretty much the entire Nijmegen Lindy Hop community is at times involved in some way to make both Lindy What?! and the Nijmegen scene itself a great place to dance and have fun!

If you want to help out, please don’t hesitate to contact us! This can be either through the forms on this website, or by just walking up to any of the following people during an event or class.

Bart accidentally stumbled into a Lindy Hop taster in 2014, got instantly addicted and has been dancing non-stop ever since. Early on, he expanded his vocabulary to include Blues, Slow Lindy, Balboa and Slow-Bal. As a teacher, he likes to focus on the fundamentals of the dance on which to build endless complexity and improvisation. After dancing and teaching swing in Oslo for a couple of years he came back in 2021 to Nijmegen and joined the Lindy What team.
FEY 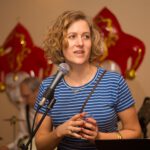 Fey is very much drawn to the social aspects of the dance. As such, she stands for having a lot of fun in her dancing, which she strongly believes is what Lindy Hop is all about. Whether it is dancing as a follower or a leader, to Fey, Lindy Hop is always about enjoying the music and playing around with it in every dance.
INGE

As one of the Nijmegen Orginal Lindy Hoppers, Inge is one of the founders of Lindy What?! Lindy Hop! Nijmegen.
JOHN 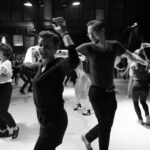 After a few years living and teaching Lindy Hop in Oxford, John has returned to the Netherlands! As some of you already know, John is one of the Nijmegen OG's when it comes to Lindy Hop and dancing in general. With his ambi-dance-trous approach and creativity, he adds a lot of energy and knowledge to our club!
LOTTE 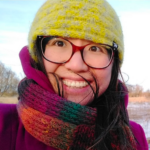 Lotte loves to use the freedom during a dance to play around and to add some crazy faces and movements. Socials make her super happy and she always makes an effort to dance with everyone. Indeed, you almost have no chance to talk with her during the socials, because she is always on the dance floor with her happy face.
MARCEL 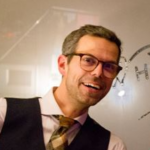 While probably being the most modest dancer in the land, Marcel is a Lindy Hop and Solo Jazz lexicon and many Nijmegen dancers learned their first triple steps under his guidance.
PIEN 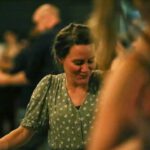 Pien started dancing in Amsterdam, and with lots of opportunities got hooked quite fast. In the following years she explored many scenes in the Netherlands and abroad, dancing in the late hours of the night... because it's way to much fun to leave early! Dancing makes her so happy; to move, clear the mind and mostly have fun together with friends and new people.
SIMON JAN 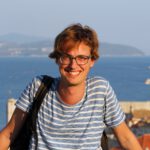 Long before getting to know Lindy Hop, Simon Jan enjoyed partnered dancing through ballroom and salsa dancing. However, in 2017, when Lotte dragged him to a drop-in class and he experienced the playfulness and fun vibes of Lindyhop, he got instantly hooked. Ever since, he tries to go to as many classes, festivals and socials as he can. He loves the international community and he actively seeks out local dance scenes when traveling to distant places in the world.
TIJS 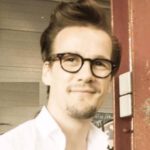 Whether it's the music, history, or his favorite Lindy Hop moves, when he's not dancing, he's probably talking about it or playing tunes. Then again, you'll rarely see him not dancing as he's pretty much on the dance floor from start to finish.